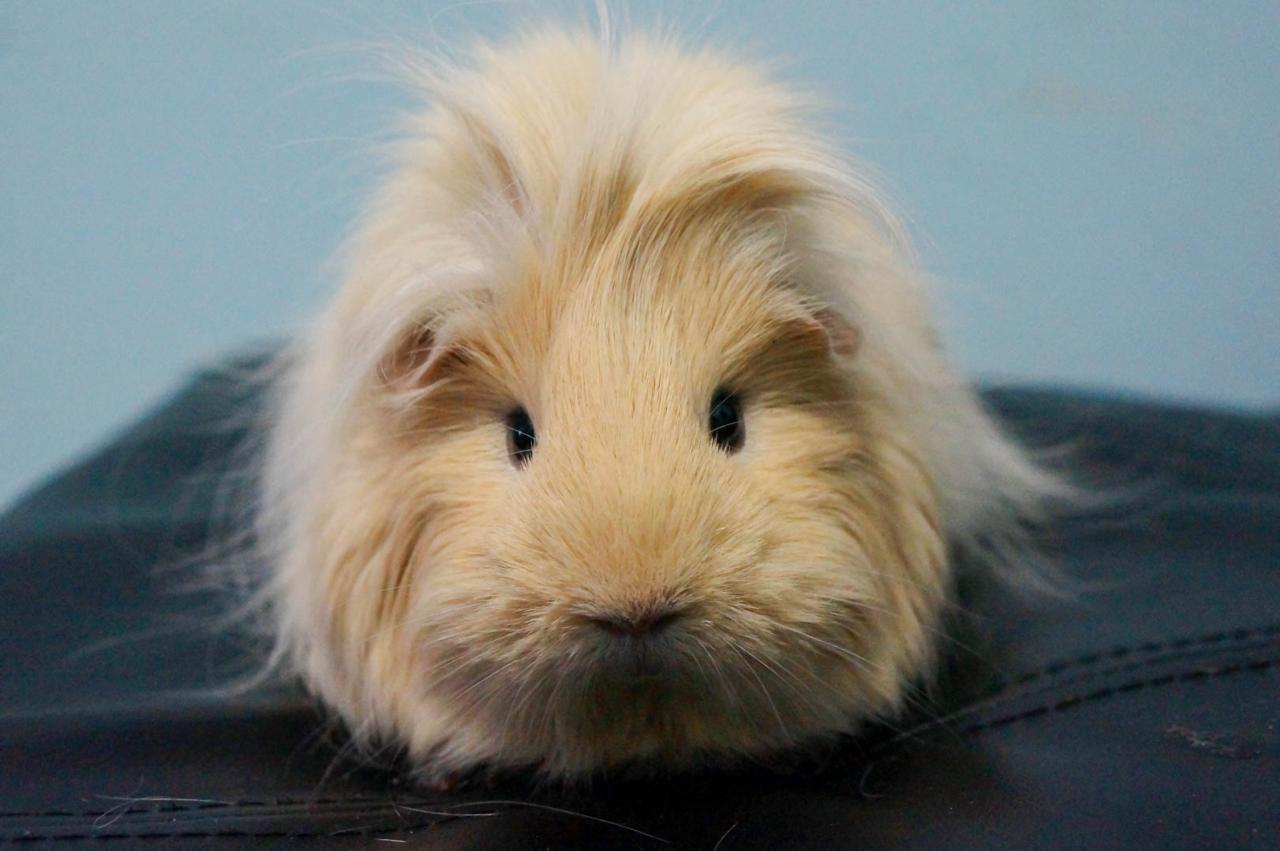 
A Special Tribute to Java

Thank You Java, My Smart and Pretty Guinea Pig!

There was an ad to adopt baby guinea pigs in Brooklyn. I saw one photo of a blonde guinea pig that I really liked. I replied to the ad and learned that she was female too, like my two others. I made arrangements to pick her up the following day.

My two other female guinea pigs (PC and PS3) were laid-back and immediately accepted her. She came from a very crowded cage of about 7 others. When I placed her in the enclosure, she happily explored. Within hours, she was zooming around. She seemed caffeinated with joy. And then, I looked at my computer screen, the ebook of Java the programming language that I was reading was active. Java! That's her name.

Java seemed happier in her new home. Even though she seemed like a third wheel (because the two other cavies were bonded), she did not mind. She would stand on her hind legs during veggie time. She also learned her name quickly. When I called her name, she would come to the edge of the enclosure. Also when floor time or bed cuddle is over, I would call her, "Come Java!" and she would run and put her two front feet on my palm. She knew it was her ride back home.

One night, I took her to the bathroom with me and put her on a shelf. She was so cute that I decided to pinch her right cheek, and then, the other cheek. I noticed she would sway her head to offer her cheeks being pinched. That's when she learned "Cute! Cute!". I would pinch her cheeks over and over, and she would play along with it.

As the years have passed, Java trusted me more and was less skittish. Her two other cage mates have passed away and she only had Rogue as a companion. Java did not like Rogue when I first introduced them. It took months for them to get along. When my partner and I got married, we moved to Jersey City. And during the move, each of them had their own small box and Java would jump to Rogue's box. That's when I knew that they finally became the best of friends.

In the spring of 2017, we had a health-scare from Java, she became frail and weak. I hand-fed her and gave her vegetables. The following day, she was up and running again. It was then that we decided to get a third guinea pig that we named Dalek. Unfortunately, over a month later, Rogue died from a heat stroke.

Java was becoming less active but more affectionate. You could tell that she really appreciated the petting, cuddling and whenever we gave her vegetables. By the end of the year, her movements were slower because of aging. Unfortunately, on the morning of January 4, she passed on while my partner and I and Dalek were next to her.

I haven't cried since my first guinea pig PC died. Even though, I was really sad when the two other guinea pigs passed, I was only teary eyed. Java was probably the most interactive guinea pig I've ever had and I loved her for that.

Most people are turned off by skittish guinea pigs because they don't get the immediate feedback and obvious affection given by a dog. But if you are patient, you can tell that guinea pigs do love their owners in their own little way. The last few years of Java's life, I could tell that she loved us a lot. Even during her last breathe, she tried to face me instead of away, not like what dying pets usually do.

I've had her since she was 4 weeks old to almost 6 years. She was with me in three different apartments and from being single to being married.

Thank you for the memories Java! We will miss you! You mattered!


Where did you get her?

In Brooklyn, someone posted an Ad on Craigslist .

Why did you name her as such?

Well there were two reasons, I was learning the programming language Java and I love coffee. I didn't finish learning Java but had some pretty good years with a better Java, the guinea pig.

Why did you decide to get a pet? And why her in particular?

I loved her photo from an Ad and figured I had more than enough space for a third guinea pig.

Java was an intelligent guinea pig. She learned her name easily and would come to my hands when its time to go back to the cage.

What adjectives would you use to describe her?

They have a two story enclosure and a ramp connected the two floors. One day, I took out the ramp to clean it. Then within a few seconds, I heard a thud. It was Java looking confused and slumped on a platform where the ramp was. She thought the ramp was still there and fell on the padded platform. The look on her face was priceless! :-)

There were plenty of touching moment specially her last few years. She was very skittish in the first 3 years but as she got older she was very affectionate.

Did she do any tricks?

I felt like she was the smartest guinea pig, I've ever had. She knew her name and would come to my hand when it's time to go back to the cage. I bet she would have learned more tricks if I taught her.

Did she have pet siblings or other animals that she bonded with?

At first, she joined a bonded pair PC and PS3. Then she became best friends with Rogue and then with Dalek.